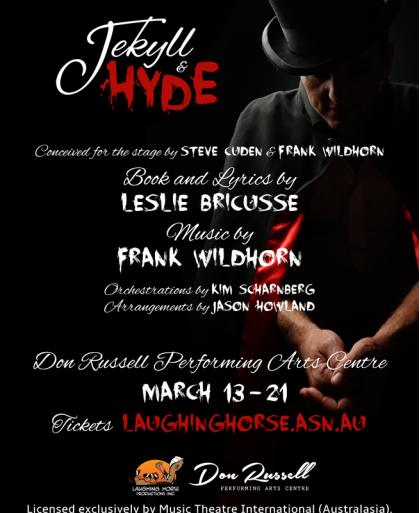 The epic struggle between good and evil comes to life on stage in this gothic musical phenomenon.

A devoted man of science, Dr. Henry Jekyll is driven to find a chemical breakthrough that can solve some of mankind's most challenging medical dilemmas.

Rebuffed by the powers that be, he decides to make himself the subject of his own experimental treatments, accidentally unleashing his inner demons along with the man that the world would come to know as Mr. Hyde.

"Whether you are looking for catchy tunes with good meaningful lyrics, sexy moments, high and chilling drama by a brilliant cast, fabulous costumes and of course a good storyline, then this is a show for you..."

"(this) first production of Jekyll and Hyde in Perth should not be missed..."

The Pirates of Penzance
add to wishlist