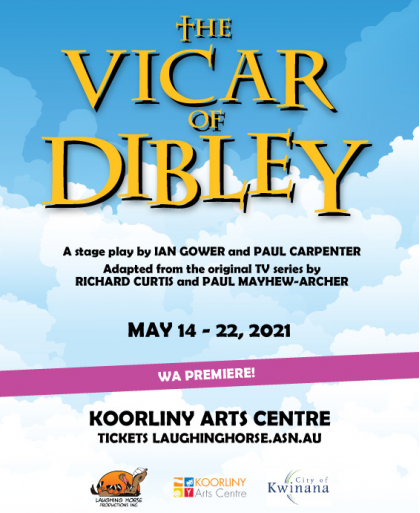 The Vicar of Dibley

At first the village community are horrified at having received a female Vicar from the head church, however eventually they learn to accept her as she learns (and challenges) the steadfast ways of the village. She manoeuvres her way into the hearts of the parishioners and the community in which she lives.

This stage adaptation of The Vicar of Dibley takes its source primarily from the first two series of the show aired between 1994 and 1998. Series one consisted of 6 episodes and series two only 4 episodes, although some of the later episodes and specials have been referenced. In this script adaption created by Ian Gower, it is primarily about the reception a female vicar receives upon being assigned to a small farming village called Dibley.

The Vicar of Dibley is a stage play by Ian Gower and Paul Carpenter adapted from the original TV series by Richard Curtis and Paul Mayhew-Archer. With kind permission of Tiger Aspect Productions and Comic Relief.

The Wizard of Oz (Junior)
add to wishlist